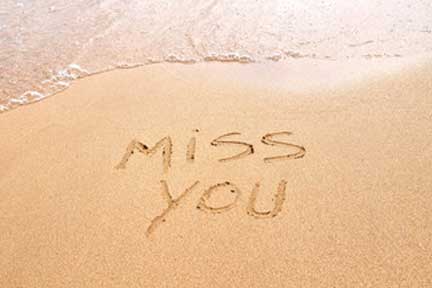 Jesus never preached a funeral sermon. In fact, Jesus broke up every funeral he ever attended!

Perhaps the most notable of these "non-funerals" was that of Jesus' friend Lazarus. When the story opens, we learn that Lazarus had "fallen asleep." Sleep was a common metaphor for death in Jewish texts and in Greek mythology, where Sleep and Death were portrayed as twin brothers. Jesus tells his disciples he'll go to Bethany to "awaken" Lazarus, but, being way too literal, they think sleeping is a good thing and say, "Lord, if he has fallen asleep, he will be all right" (verse 12).

"Lazarus is dead," Jesus has to tell them plainly. "For your sake I am glad I was not there, so that you may believe. But let us go to him" (verse 15). Jesus is going not only to wake up his death-sleeping friend but also to wake up his own disciples to the power of resurrection.

Lazarus has been dead four days. Jesus arrives, weeps with and for the mourners and then gets to work. Ordering the stone rolled away from the entrance, he prays and then calls into the darkness, "Lazarus, come out!" (verse 43). And out comes this former corpse, wrapped in smelly linen, bursting into the bright light of a new lease on life. Jesus turned a scene of weeping and mourning into a miracle of life.

We read Bible stories like this and wish they could happen for us today. If only Jesus were here, we say, then everything would be all right. We want Madolyn back, to see her among us, to know firsthand the power of resurrection.

Jesus' miracles of raising the dead were powerful signs that he had power over death itself. But there were likely more people Jesus knew personally who died during his lifetime - people he didn't raise like Lazarus. Death is a fact of life, but Jesus also demonstrated that it isn't the final word.

Even then, though, Jesus broke out of the mourning mold of death and was raised to new life. His resurrection is the ultimate funeral sermon - a word that speaks hope amid despair and new life amid death.

As we gather today we expect a miracle, and the miracle is that we can come together in the sure hope of resurrection. As Jesus lives, we rejoice in the promise that we'll live, too. We look forward to the day when God will cancel all funerals forever.