For An Elderly Christian 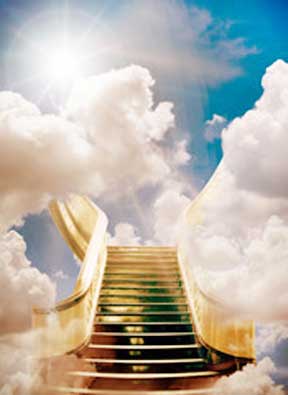 Today is the day for us to say goodbye to a man, a father to his children, a husband to his wife, a grandfather to his grandchildren and a friend to most of you. I bid you peace and grace from our Lord, Lorraine, Ed, Cindy and dear friends of Gene.

We must all think that Gene will forever be with us. With his unfailing energy and his strong presence, we must think that he will never leave us anytime soon. He is like a rock for all of us, a rock that we depend on. When I asked you Loraine about Gene and how you will miss him, you said you will miss his confidence in you. You said it was Gene’s encouragement that made you decide in opening your store. The opening of your store led to different projects that gave you joy such as working with the artisans. You said you owe it all to Gene. Because he believed in you. Gene called you his guiding star when he gave a speech on your 50th wedding anniversary. At this very church, he proclaimed his confidence in you hence he called you his guiding star. And you referred to him as the ‘wind beneath your wings.’

It was like yesterday when you both talked about the time you met in 1945. Gene was returning from the war and you were a legal secretary, Loraine. An unexpected summer storm led to your meeting as you both find shelter with the same diner. I remember telling Gene how much I liked your marriage because it looks like it was made in heaven. He answered that thunder and lightning are also made in heaven!

Gene has always been proud of his children, Ed and Cindy. He always talks about you and your families with pride. If asked to describe his children, he always says, ‘they are remarkable.’ Know that as you grow into adulthood, into what you are now, your father has always been proud of what you two have become. His voice often cracks when talking about you. Because you are his joys and he can’t find a word to describe it.

Gene is not just a great husband and a father. He had made such a great impact at Peters Manufacturing. With his Christian attitude and personality, Gene was able to connect the labor force and the management team, so they can act as one. It was the time when similar plants like Peters Manufacturing were facing layoffs and strikes, dividing schools and churches on which side to support. With Gene’s calm demeanor, he was able to help Peters Manufacturing create a solution that will benefit both parties. Reconciling people is Gene’s gift.

I know that every one of you has a story about Gene. About how he touched your lives. His life reminds me of a line from a classic movie starring Jimmy Steward. The title of the movie was “It’s a Wonderful Life.” The line happened during a scene where George Bailey offered a toast to his friends while they gathered around him. He said, ‘to the richest man in town.’

Gene is like George Bailey. They are both not as rich as they don’t have any possessions or wealth, yet they are rich in many other aspects. They are rich with more important things. In his teachings, Jesus said in Matthew 6:19-21 that "Do not store up for yourselves treasures on earth, where moth and rust consume and where thieves break in and steal; but store up for yourselves treasures in heaven...For where your treasure is, there your heart will be also."

Gene is rich in love. His love for his family, friends, and work and their love for him is his treasure. It is his legacy. We all love Gene dearly but remember that the way we love Gene is not as much as God’s love for him. I would like to repeat the message that Rebecca read from the book of Romans. Rebecca is Gene’s oldest grandchild. According to the book of Romans, Our Lord’s love is irrevocable, it is unchanging, and nothing can separate us from his Love.

God promises us that we will reunite with our loved ones in the paradise. We will now depart from Gene from the time being, but we will soon be together again as promised by our Lord, our Creator. Saying goodbye to Gene today is like saying goodbye to him years ago when he was about to go to war. We are uncertain of his future if he will be back or not. But today, we are certain of God’s promise – that he will reunite us all in heaven when the time comes. Our faith will keep us stronger and will give us comfort, knowing that Gene is now with our Father in heaven because he has now fulfilled his purpose in this world.

Today, we are remembering a well-loved man. We are also saying a temporary goodbye. Today, we know that Gene is going to a place where he will be welcomed with open arms. Gene is going home to our Father’s house where he will stay in joy and love. This is the promise of our Lord and even if we grieve today, we will rejoice in our hearts because this parting is just temporary.

Watch over us, Gene. We will definitely miss you.

It is now time to go with God.