For a Person Whose Death Was Unexpected - The Bedrock of Our Belief 1. Corinthians 15 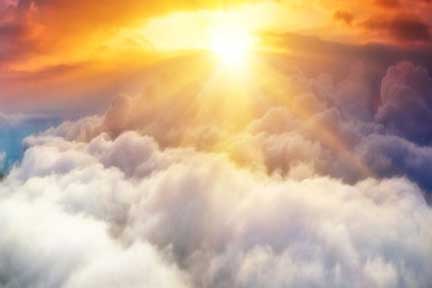 My father, also a pastor, died just as suddenly as Rick did. Caught by surprise, we all gathered at the family home as soon as possible. Friends came by, and the place was like Grand Central Station. Every light in the house was on, which would've given Dad a fit. There were tears, quiet conversations, lots of hugs. After all the well-wishers had left, my mother said, "Kids, this is the acid test of our faith. If we can't get through this, we will have made everything your father preached and taught a sham. We'll make it." The scene at the [last name] house the other evening reminded me of that night. There were tears and well-wishers, plus lots of reflecting.

We covered much theological terrain as we talked and raised questions. By the end, we'd summarized what Christians proclaim from week to week: "I believe in the resurrection of the body and the life everlasting." The passage we just read from 1 Corinthians was written only about 25 years after Jesus' earthly ministry. Those folks in Corinth had the same kinds of questions we raised [Wednesday night]. The apostle Paul had answers. First, is there life after death at all? Absolutely, Paul says. He writes, "We have proof. Our risen Lord has been seen by too many people to be denied, including one appearance to more than 500 at once. And Jesus' promise has always been 'Because I live, you too shall live.'" Paul continues: "If this life is all there is, it makes no sense for me to put myself through the troubles I've had or to ask anyone else to undergo any persecution for the sake of the Gospel."

Then Paul addresses the rest of the question: "If there IS life after death, what kind of body will we have?" That still puzzles Christians today. To begin with, the Apostle says what we have now is not what we'll have in heaven. He uses the analogy of a seed. Put it in the ground, let it "die," so to speak, then watch what happens. It comes back in a far more sophisticated and superior form. No longer is it merely a seed; now it's a stalk of corn or wheat. Paul knew our earthly bodies would deteriorate. He writes, "What is sown is perishable, what is raised is imperishable" (1 Corinthians 15:42b). We know the same by just looking in a mirror. There will be major changes once we're in heaven. No more physical limitations will hamper us. Musicians won't go deaf; artists won't go blind; singers won't lose their voices.

The blessings won't stop even there. Paul writes, "It is sown in weakness, it is raised in power" (v. 43b). Although he doesn't provide details, we can be sure we'll no longer have weak, limited bodies. Then Paul says, "It is sown a physical body, it is raised a spiritual body" (15:44a). We'll still have a body, but it's going to be different from what we're used to. Our capacity for spiritual things will be enhanced. Another aspect of heavenly life is the family reunion, which Jesus addresses in Matthew 22. Some people who didn't believe in life after death confront Jesus with a strange scenario. They describe a childless woman whose husband died.

Tradition demanded that her husband's brother marry her, which he did. Then he died. The next brother married her; he died. She went through all seven brothers, who all died. "In the afterlife, whose wife will she be?" Jesus was asked. He responds, "Don't worry about that. Family relationships are going to be different over there." Different how? I can't answer that. But if the Lord says earthly relationships will be changed, the change will be for the better. Unfortunately, there's much about eternal life that we don't understand.