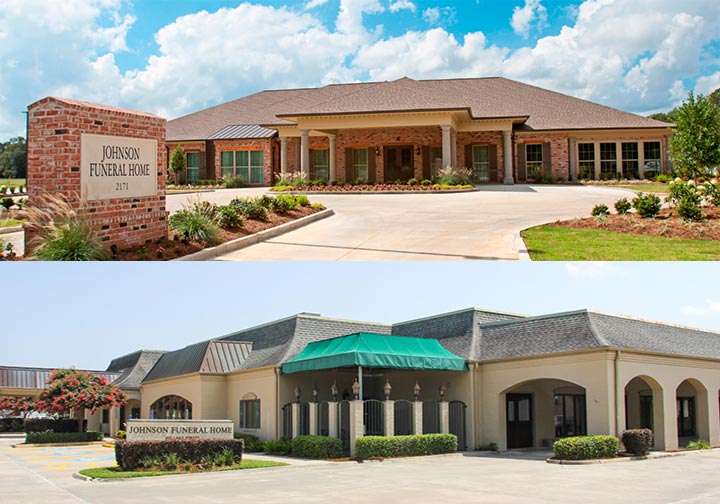 Johnson Funeral Home has been established in the Southwest Louisiana Community since it opened in 1976 with its owner and founder, Zeb Johnson as the Funeral Director. The funeral home originally had one chapel and two staterooms with a small residence but soon expanded as more and more local families chose Johnson Funeral Home for the final arrangements of their loved one.

It is run and operated by the Johnson family who has expanded the funeral home to accommodate more space and staff. They now have 2 locations in St. Charles with a full staff of licensed, caring funeral directors and administrative staff. Since cremation has became important to many families in their surrounding area, the funeral home offers a crematory facility which they built in 2001.  The Lake Charles Crematory is well known now to be the largest crematory serving many families from five local neighboring churches.

Zeb Johnson is the owner and founder of both locations and is in his 52nd year serving in the death care industry. He was born and raised in Lake Charles and is a graduate of McNeese State University. Zeb is a licensed embalmer and funeral director and is the father of two children and is a member of Trinity Baptist Church. He is actively involved and proud of his family owned business which is led by his daughter and son-in-law along with adequate staffing at each facility.  Both locations are available 24 hours per day to serve your immediate needs at either the Lake Charles or Moss Bluff. Johnson Funeral Home offers different options with funeral arrangements that best fits any preference and budget. Their website offers online obituaries, preplanning information, grief resources and an online library to assist you in the healing of losing a loved one.