How to Sympathize with Someone Who Lost a Pet? 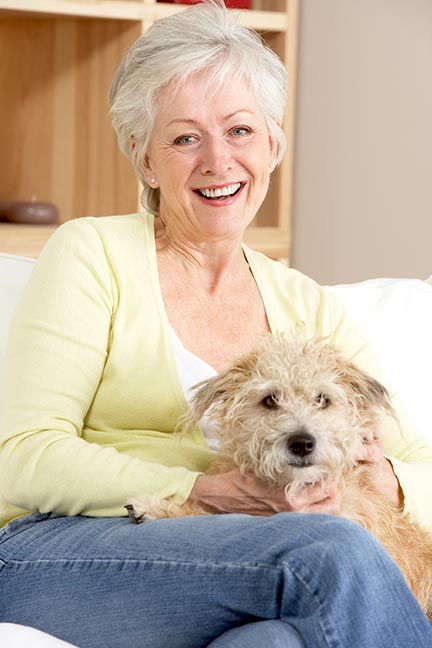 Last month, we lost our three dogs to sickness. We only have three and my mom is keeping them as her company (she is a widow). Upon confirming that they are dead, she locked herself in her room. My brothers and sister asked me why she was acting weird.

To lose a pet is an overwhelming experience – what more if you lose three? However, most of our families and friends wouldn’t understand the grief that losing a pet can give. Most people don’t recognize it as a painful experience because a pet is considered as irreplaceable. However, like my mom, she has been with our dogs for the last 7 or 8 years and when I asked why she’s crying, she said no longer have someone sitting next to her while she’s drinking her coffee in the morning!

For my mom, her dogs were not just dogs that she feeds every day. They were her family. For us to sympathize, we told her to get a new dog or two if she wants. What we don’t know is, asking her to do such doesn’t help. Here are some things that you might want to consider in sympathizing with a friend or a loved one who lost a pet.

When sending a sympathy card or a simple text message to a friend who lost a pet, remember the following tips to make the message feels sincere and personal.

Is It Okay to Send Funny Pet Sympathy Card or Message?

A pet’s death is emotionally devastating. We might not see how it affects the grieving person physically, but we can tell by their action if they are affected with it emotionally. For this time, use your discerning power if it is okay to send funny sympathy messages. Funny sympathy messages can help to lighten up someone’s mood while at the same time feeling your concern.

In fact, I tried it with my mom last month. I sent her a message via text telling her that if she misses Bogart, one her dogs, she can have me from time to time. She replied and said that I am no dog and that Bogart doesn’t ask her to cook special recipes. If you decide to send such message, be sensitive to your friend or relative’s feeling. If you think they will take your funny message the wrong, do not send it.

Above all, do not give someone who is grieving a pep talk on how to act after losing a pet. If you cannot sympathize, then it is best to observe proper grieving etiquette and let your grieving family member or friend be.